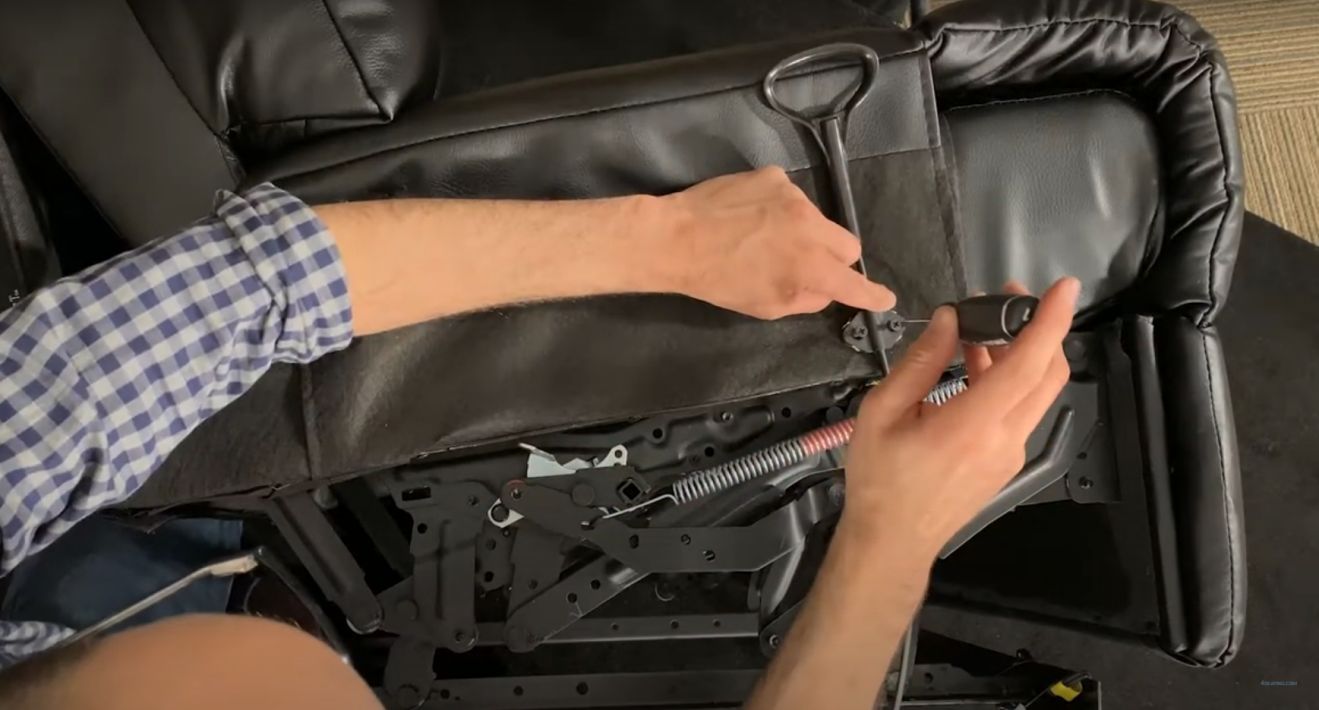 See how easy it is to replace a D pull cable (also known as D handle release cable) on a manual recliner. It’s just a few steps that are simple and satisfying to do.

How to Replace a D Pull Cable on a Manual Recliner

The video was produced by 4 Seating in the US but is still an excellent example for us here in Australia.

The only tools you need to replace the D pull cable on your recliner are as follows:

Put The Recliner On It’s Side

To get started, go ahead and put the seat on its side. This will give you access to the full mechanism.

Next, remove these two Philips screws here. Be sure to put these screws aside, because you’re going to need them in a few minutes.

Go ahead, grab the D pull cable and pull it around. Now, there’s a tab here. Pinch it from underneath and pull up and it should come out just like that.

Next follow the cable here to the front and release this tab just like that. Pull up on it and it should come right out. Now the old cable is fully removed and can be put to the side.

Grab the new D handle release cable and first screw on to the top portion here with the two screws we took out earlier.

Make sure the screws are nice and tight, and then grab the cable, pull it around and over as shown in the video.

Insert this metal tab to the top hole, and then go ahead and insert that and just pull straight down. Be sure to keep a little bit of tension on that as you insert the tab into the metal frame.

Put your recliner back upright and test it by pulling the D pull handle to extend the footrest out. And then release it to return to the original position.

We provide D pull cables and other replacement recliner parts online at very affordable prices. We supply and ship all over Australia, New Zealand and internationally.