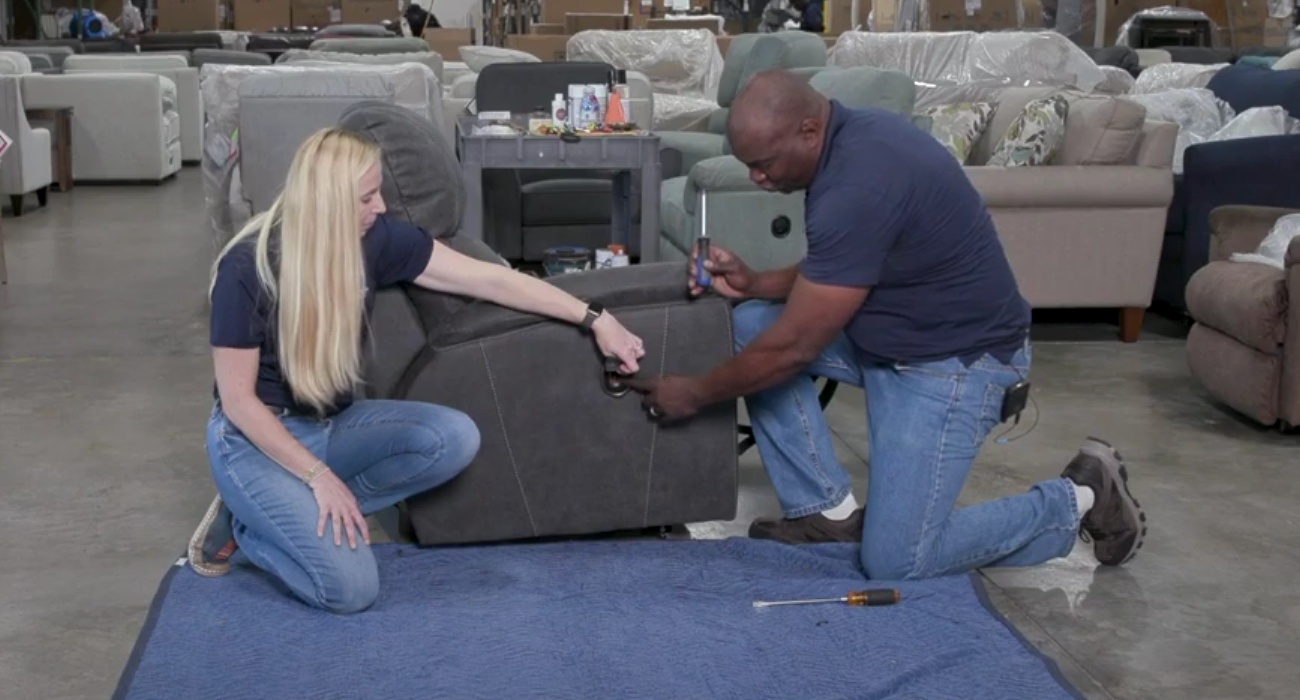 3 simple steps to replace a handle release cable on your La-Z-Boy recliner. Check out the video and you’ll be surprised how it’s so easy to do it yourself.

Recliner Bitz is an online shop located in Australia and we sell a huge range of recliner replacement parts including handles with cables.

Today we’re gonna talk about replacing a handle with release cable from inside your recliner. The part on the outside, the handle, may be chipped or damaged or it could be the release cable that’s broken.

So whether it’s the recliner handle, or the whole release, it’s one easy, quick repair. And we’re gonna show you how to do that today.

Removing the Handle and Release Cable

There are three simple steps to make that repair. The first step comes from the outside, and it’s releasing this up so that you can undo those two screws inside.

You only need two simple tools to remove this, a Phillips head screw driver and a flat-head screwdriver.

I’m gonna show you where those two screws are and remove them. First you open up the footrest, then lift the handle and you’ll see the two screws.

So the mechanism is all released from the frame.

Once you’ve released your cable from your mechanism, all that is left to do is pull up on your handle and pull it out.

Replacing the Handle and Release Cable

Now that’s done, there are three easy steps to put the new one back in.

First of all, we wanna start by putting our cable through our hole. Make sure you have a snug fit on your handle, then you wanna pull up the release to have access to the two holes where we’re gonna install our two screws.

And again, it takes a Phillips screwdriver. Tighten the first screw, then second screw.

Once you have installed your handle on the outside with your two screws, you wanna grab your cable, and again, you can release your leg rest to make easy access for you. First, you want to install this plastic piece over your mechanism. Snap that in place. Then you have your eye, you wanna connect back here. And it may require a little force from the screwdriver.

This is my personal favorite, time to relax. And recline.